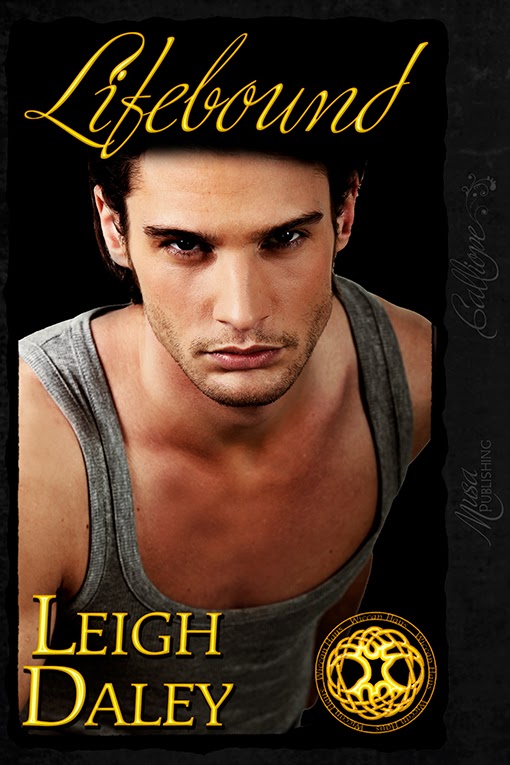 About four years ago, my teenage daughter developed a huge crush on snowboarder Shaun White and forced me to watch any number of YouTube of this incredible, red-haired phenomenon. In no time, I had my own Shaun White obsession, which bled over into watching the crazy stunts of extreme snowboarders and skateboarders like Tony Hawk and Bob Burnquist.

It was out of this cougarish fascination with these super-hot (see Bob Burnquist), crazy-talented young men that Josh Trenton, the hero of Lifebound, took over my dreams. But I needed a heroine. Adriana Velen springs out of my long fascination with poetry from the Romantic period and the concept of the lamia. With apologies to Coleridge and Keats, my lamia spins out of their idea of the beautiful woman who drains life by touch while giving back creative energy to her victim.

When this classically educated, polished young woman runs headlong into the extreme energy of our skateboarding hero, all kinds of sparks fly!


A fine line divides ecstasy and death; they are about to cross it.
Lamia Adriana Velen doesn’t want another host. She has come to Wiccan Haus to learn to balance her energies without draining the life of a human.  However, when extreme skateboarder Josh Trenton comes near, his energy practically leaps into her. Josh just wants space to recover from an accident that could end his career, but one touch from Adriana threatens to enslave him---body and soul. Can they walk the fine line between ecstasy and death or will she consume him utterly?

-0-
Adriana had done plenty of ice-skating as a girl, which paid off as she found her balance pretty quickly. The board responded to her as she shifted her weight, curving back and forth across the pavement.


A movement out of the corner of her eye caught her attention.  Josh had borrowed a board and was also gliding along, weaving in and out of the benches that bordered the edges.


“You guys need to work on grinding these benches and popping ollies over them,” he said. “This could be a great place to skate.”


“Something tells me Sarka would not approve of us grinding her benches,” Joseph warned.


Adriana suddenly remembered her promise to Sarka that she would go to her room and stay far away from Josh Trenton. She sighed then. The morning had been surprisingly enjoyable. But for her own good, she needed to pack it in.


Sadly, she pushed off back toward the group of guys. “I’m going to have to call it a day,” she said as she drew closer to them.


“For real?” Josh asked, disappointment in his voice.


Just as she reached the edge of the pavement where the group stood, her front wheel hung on a pebble, stopping the board suddenly and throwing her forward. She threw out her hands to catch herself, but Josh got there first.


He reached out to grab her arms to keep her from falling, and despite her best effort to roll away from him, he caught her.


They hit the ground hard.


But it was done.


His fingers gripped her shoulders as he pulled her into him, and the contact between them completed with a rush of energy that left her lightheaded.


Time stopped as his human strength surged between them, as it soaked up the overflow of power that had built in her, as it gave back its own life in return.


The first contact with a prospective host generally felt a bit uncomfortable, almost like a negotiation, as her energies shifted and adjusted to be compatible with the host. With Tom it had taken months of casual touches—the barest brush of fingertips as she passed him a pen, a hand laid briefly on his arm through layers of clothing—before she could begin to allow any real interchange of energy flow between them. And even while she sat hand in hand with him in the ambulance, the flow had been controllable—at least for a while.


What she felt now was not controllable. She lay on the ground on top of Josh, his hands gripping the bare skin of her arms tightly, their legs tangled together on the ground, her cheek pressed against his.  Her focus zeroed in on the soft sensation of his breath against her neck and the warmth that surged from him as their bodies touched their entire length separated by only the thinnest layers of cotton.


Their energies synchronized effortlessly and began to surge back and forth between them like raw current. He poured into her like she was a dry well, and she soaked him up as if she could never get enough. His life flowed quicksilver-smooth in her veins. Her skin tingled and glowed as his essence washed over her in a flood of pure elation.


But as much as she tried to give the flow back to him, she knew she took even more in an insidious unstoppable drain of his energies. She was going to hurt him. She was going to pull his life completely away from him if she didn’t break the connection—soon. She clamped down on her abilities, she couldn’t stop up a fire hose with a piece of bubblegum.


Desperately, she twisted against his grasp, but he held her tightly.


Finally, his hold relaxed enough for her to push herself away to sit a few feet from him on the ground. He sat up and looked at her, his breath coming in deep ragged gasps. He was pale and shaking.


“For what?” he asked, then his eyes fluttered shut and he passed out cold on the grass.
Posted by Leigh Daley/Arley Cole/me at 1:31 PM 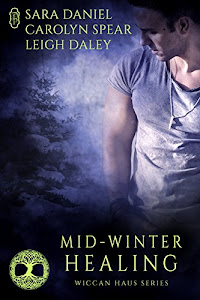 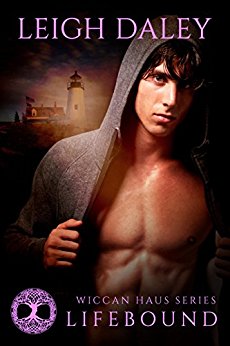